A property that is or may be inherited.

A special or individual possession
Endowment, legacy, inheritance handed down from generational history ARCHAIC Christians, or the ancient Israelites, seen as God’s
chosen ones. 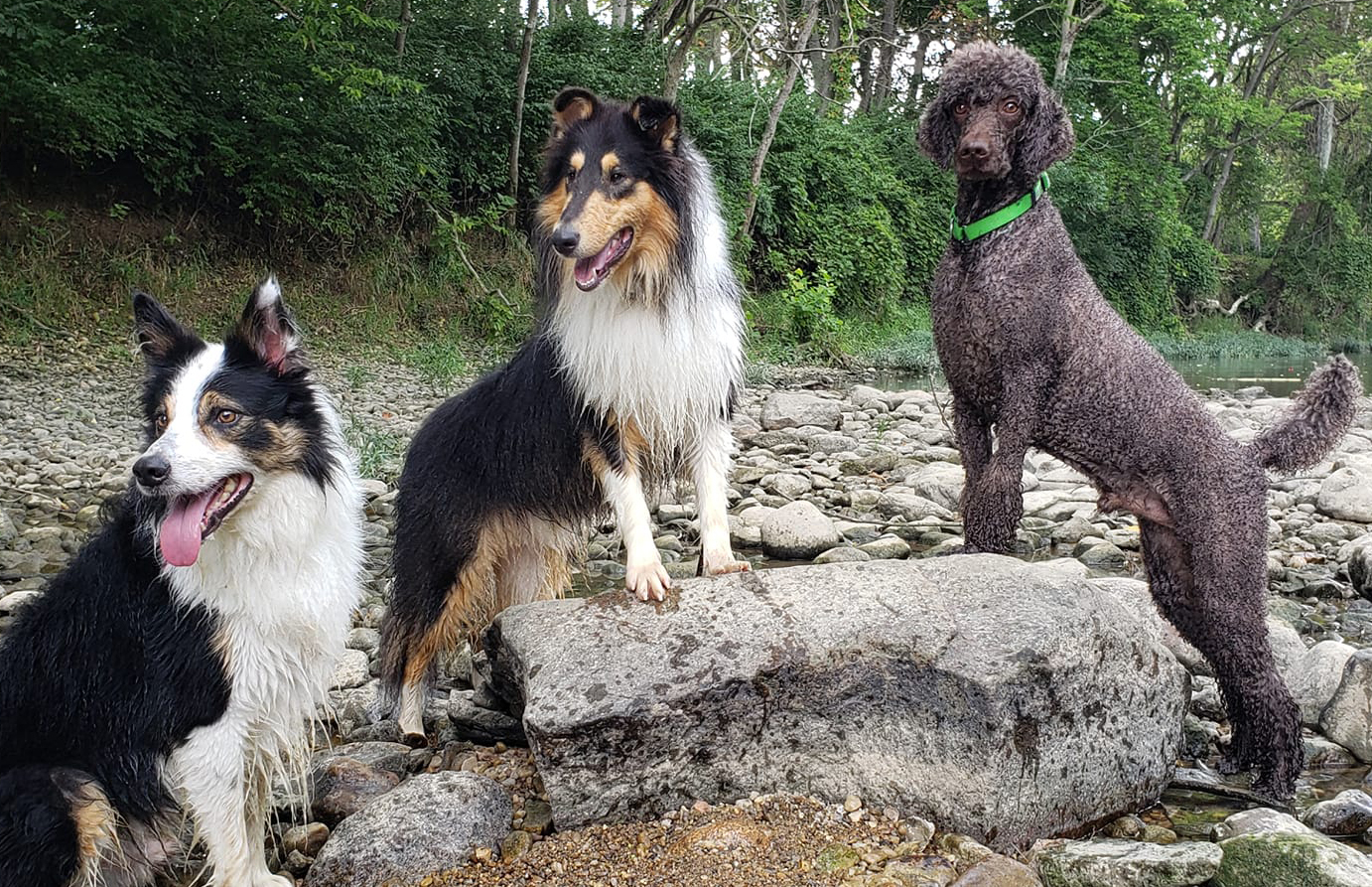 Consider this, according to the World Canine Organization, there are over 340 recognized dog breeds. In America, the American Kennel Club recognizes 195 distinctly different breeds. Their appearances, history and range of sizes, colors and coat types comprise the most diverse species on planet earth.

But why so many different classifications?

Years, even Centuries of selective breeding has resulted in characteristics; strengths that each breed brings to their work. 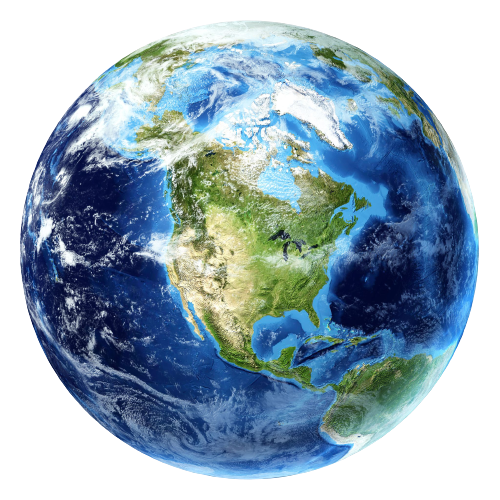 Greatdogs has carefully selected Rough Collies and Standard Poodles based on: 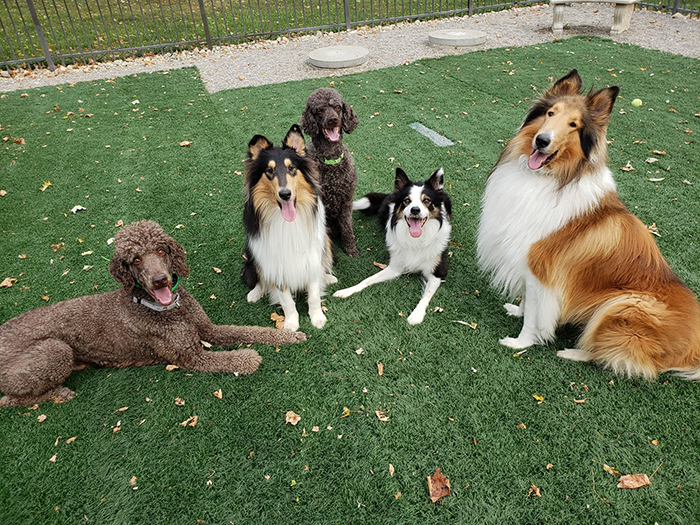 Why use two different breeds?

While both the Standard Poodle and Rough Collie bring mutually high capacity to their work as a Medical Alert Mapping Service Dog, uniquely refined individual characteristics of each breed allow me to match the fully trained service dog to a more diverse audience. 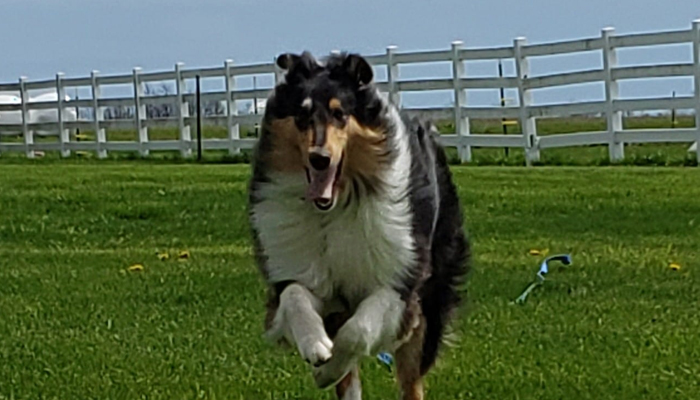 Herding as a Heritage

The Rough Collies of today carry with them a rather obscure and somewhat obsolete history. Dating back to 1860, they were ancestrally classified as “Scotch-Collies”, and widely utilized to herd and guard flocks of sheep in Scotland. The modern and well refined rough collies of today are notoriously classified in the herding group in two varieties – Rough and Smooth. Despite the long -standing association as a herding breed, today’s collies are a gentle, intuitive, servant companions with a generous heart. The right relational training approach can yield big returns on your relationship – all other transactional styles of training results in stoicism, and dismay.

Today’s collies possess an abundance of sensitivity, and intuition. They are distinctly intrinsic, sourcing nearly 100% of their energy from serving his handler in a meaningful way.

A Great Dog: How the Collie’s Heritage Characteristics apply to Service Dog Proficiency

The Collie has an intertied, innate ability of self-orientation. Much like Whales in the Pacific, Collies have an inherent ability to navigate through the utilization of the earth’s magnetic field, called wayfinding.

In simple terms, observe the manner in which a working collie manages a flock of sheep – keeping the flock balanced, organized and oriented. Like a compass, collies naturally maintain the flock’s positioning between the dog and the human – Sheep in the center, Dog and Handler at opposite north and south ends. Gatherers by nature, the collie chooses to be inclusive in his way of being. He has both a strength in memory and a desire to learn, with an innate proficiency to serve. He is always aware, with an astute ability to sense danger from afar, he alerts his people vivaciously.

Gentle, two-way trust building methods work most adequately, with careful consideration of promoting his strengths, and allowing him to bring his whole self to the table each time. Success at each milestone is key to a rough collie’s performance, decision making and role in the relationship.

The characteristics a collie possess leads him purposefully into the work as a Medical Alert Mapping Service Dog, almost intuitively. In a fully trained mapping dog, its almost as if he has a mechanical compass with a permanent grid-sheet embossed on his brain. Once he understands the game, he is a world-class mapping champion.

Careful consideration into genetic family traits is key to selecting a collie for the life he will live; there is a wide range of temperament and personality characteristics within the breed, and as such they require a handler whose program is sensitive to their needs. Greatdogs has dedicated its program to meet the needs of rough collies, so they can bring the most of these invaluable characteristics to their work. Its important to know that not all service dog work is ideal of the breed. 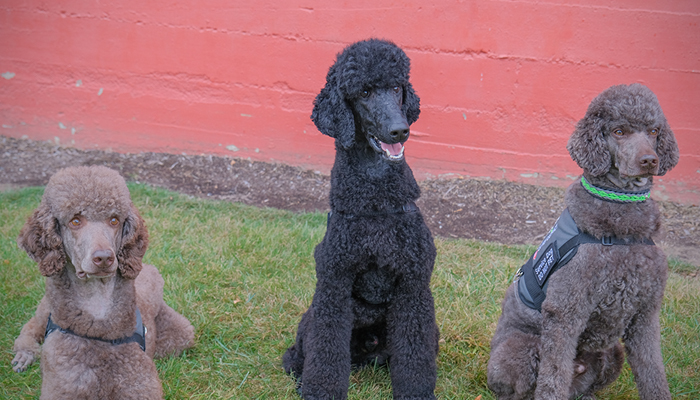 Hunting as a Heritage

Despite the common misconception that poodles are all the glam, the heritage of this breed is a versatile, independent thinking, proud breed of dog with an innate ability to hunt and retrieve.

His acute sense of smell, handed down from generations of water fowl retrieval is ideal for medical alert service work. His innate ability to zero-in on the exact location of fowl allows him to bring a high proficiency of scenting accuracy to his work.

While highly intelligent, the breed is energized by way of solving problems in the moment. Standard Poodles often present 3 solutions to any 1 problem – better be prepared to incorporate their ideas into your plans, or you’ll be left behind!

When given the freedom to make independent decisions, they have reliable reasoning skills, and are self-motivated.

Standard Poodles are inherently extrinsic, meaning, they source nearly all of their energy from their environment. The value they bring through independent thinking, and problem-solving skills is untouchable by other breeds.

Nosey as they Go: How the Standard Poodle’s Hunting Heritage applies to Service Dog Proficiency

​The distinct manner in which a Standard Poodle works the field is a key indicator of the breed’s Heritage and style. Take for example, their purpose of hunting – in a big open field, the standard poodle’s task is to locate the dropped fowl, and retrieve it – but how? The thicket is so tall, often above their head!

Let’s dig deeper: Their natural coning movement, back and forth help the dog identify the movement of the fowl’s scent in space. From here, they can narrow down the scent’s exact location by working back and forth from the scent pattern (often called the cone or plume).

Consider this like a game of “hot/Cold”. The closer the radius of the scent, the stronger the scent becomes…closer…closer until the dog is right on top of its location. Many times, he also combines scent with memory – remembering where he last saw the fowl drop, enabling him to arrive at the location faster.

For Medical Alert – Biochemical Fluctuation occurs similarly to the scent pattern in the field.  When my body is in distress, chemicals are released in response to such an issue.  As my chemicals are fluctuating, the scent is stronger or weaker, based on the intensity of the imbalance. These distinct odors are released from my body – and most commonly identified by the dog under my fingernails, in my saliva or sweat, which he utilizes to gain the early warning information needed to alert me to the presence of the issue. See those problem-solving skills taking hold, here?

For Mapping – During a mapping pattern, the standard poodle uses coning much the same way as he would in the field.  Trained to identify designated landmarks, he uses both scent and memory to identify specific target locations that are important to help me remain oriented in unfamiliar (or, even familiar) locations. His ability to narrow down a specific location in a sea of distraction and visual obstructions is no match for him. Many times, a Standard Poodle will lead me on an abbreviated path, to arrive, more efficiently to the designated landmark. 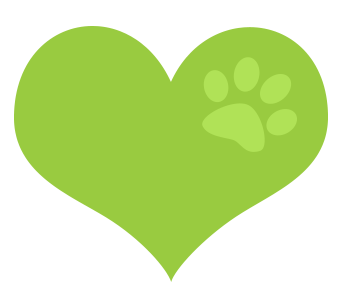 I would love to hear your story! 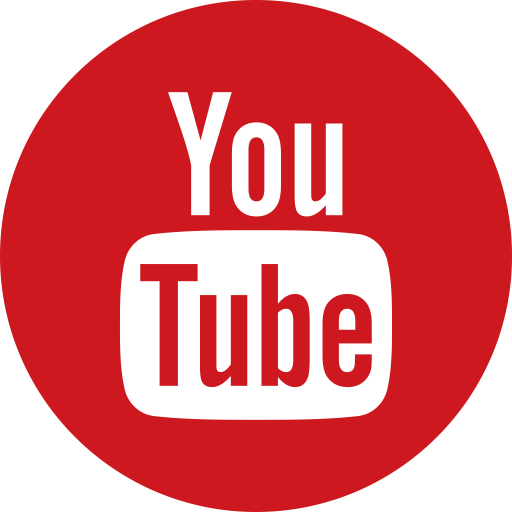 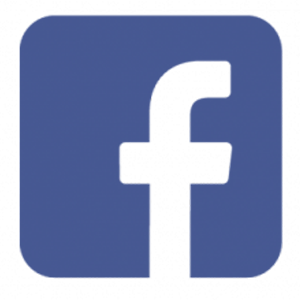 Follow us on social media and use #greatdogsknow to search!